How to Watch UFC 249 Khabib vs Ferguson on FireStick

This is the fifth time Khabib Nurmagomedov vs Tony Ferguson has been booked by the UFC. The previous 4 times got canceled by courtesy of injuries suffered by both fighters.

They say the fifth time’s a charm, but the ‘Coronavirus Outbreak’ is still a threat that lingers on. Will we see the most anticipated UFC fight in history with no crowds whatsoever? We hope the fight goes on!

Khabib vs Ferguson is the most highly anticipated fights in the history of MMA. Khabib (28-0) and Ferguson (25-3) both have an impressive 12 fight win streak record.

How to Watch UFC 249 on FireStick (Premium Method)

ESPN+ app is unavailable outside of the United States. You won’t be able to subscribe to the service until you have a VPN (Surfshark is our top recommended VPN).

You will need to install Surfshark on FireStick and then connect to its US server. Only then, you will be able to open ESPN+ website. Otherwise, you see a geo-restriction image like this below: 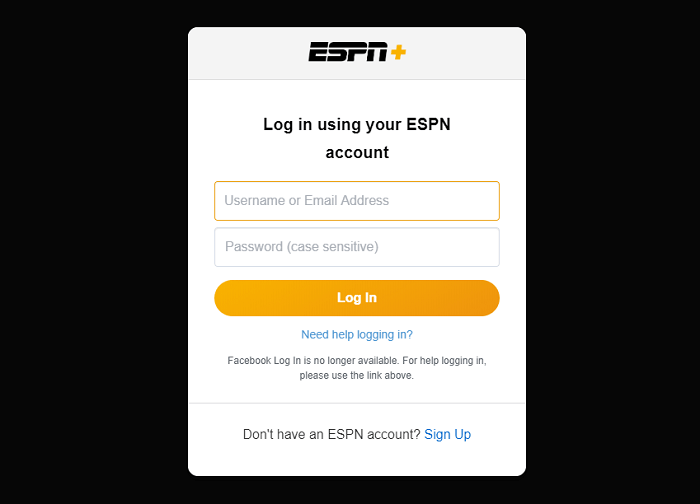 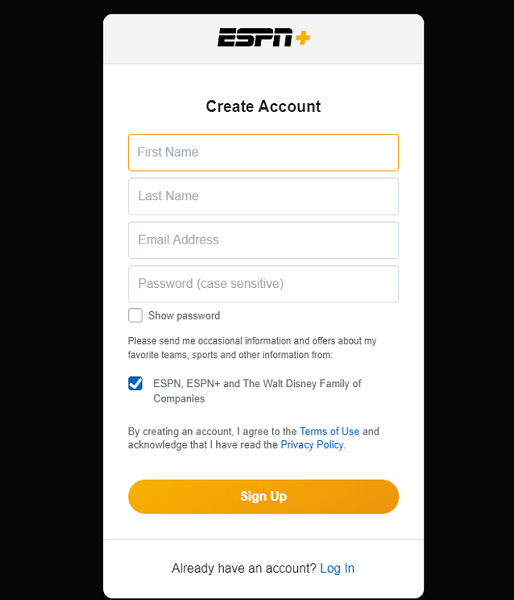 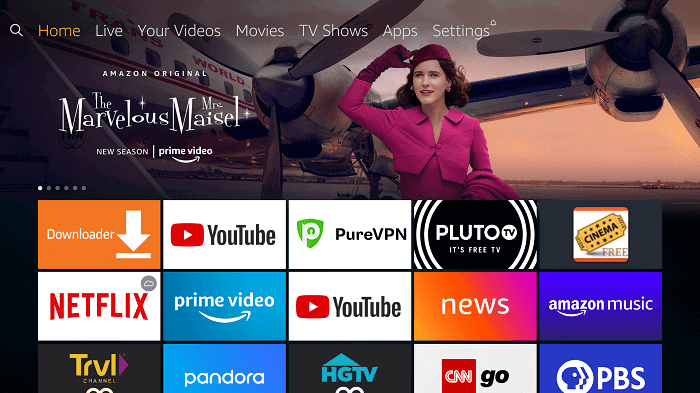 Step 6: Click on Search icon from the top-left corner menu 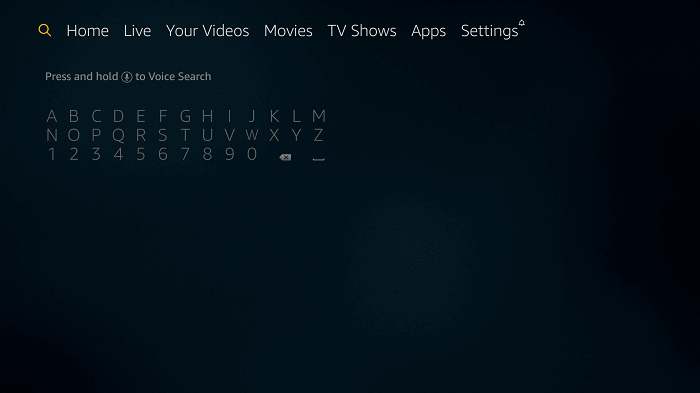 Step 7: Type ESPN+ and click on the first search result that appears 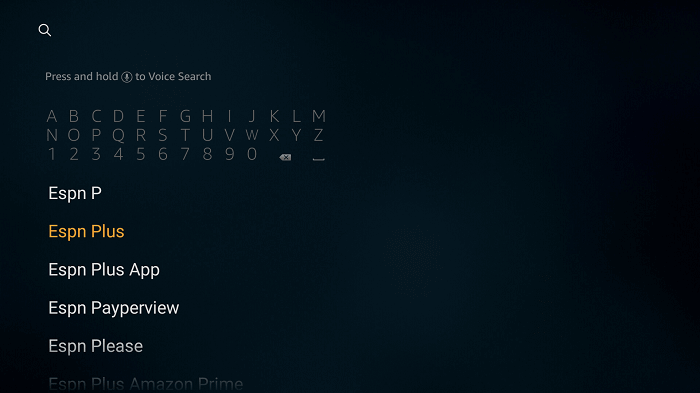 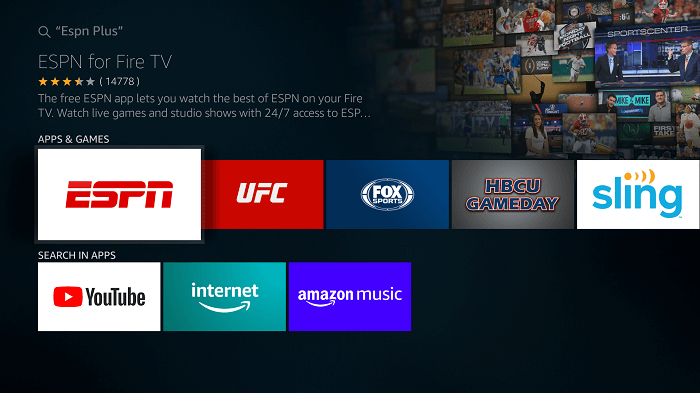 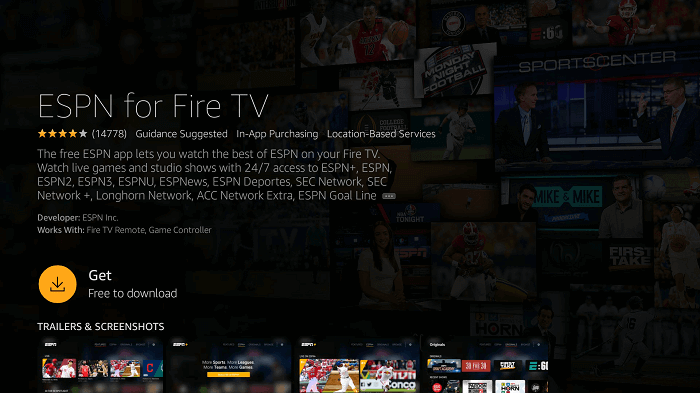 Step 10: Once installed, Open the app 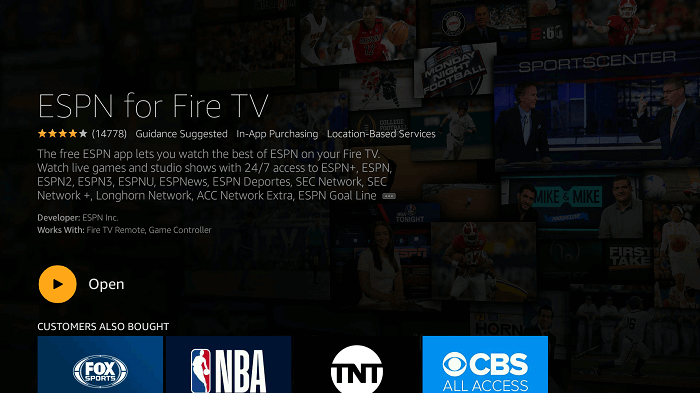 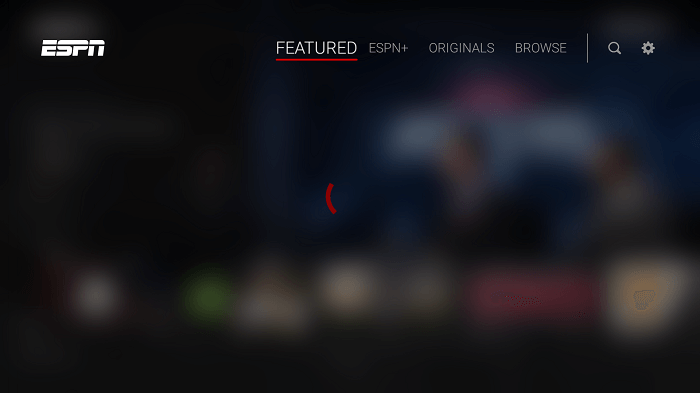 How to Watch UFC 249 on FireStick (Free Method)

This method requires you to install Ola TV apk on FireStick which brings you 13,000+ Live TV channels from around the world including ESPN+ without any cost.

Since it is free to stream, you will most likely need a VPN (such as Surfshark) to view US channels. Also, a VPN hides your online activity in case if your ISP finds out that you’re watching free content. 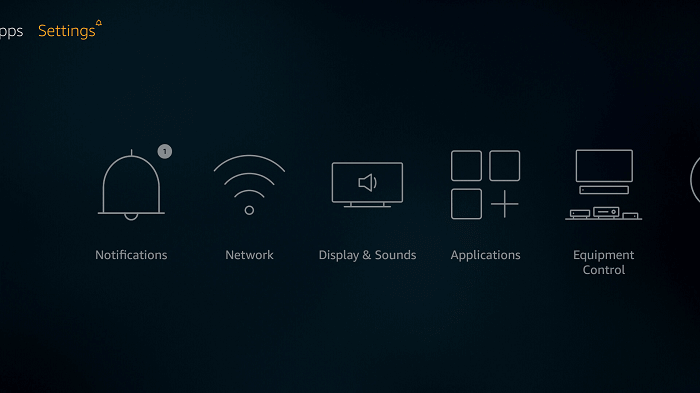 Step 2: Click on Device or My Fire TV > Then select Developer Option 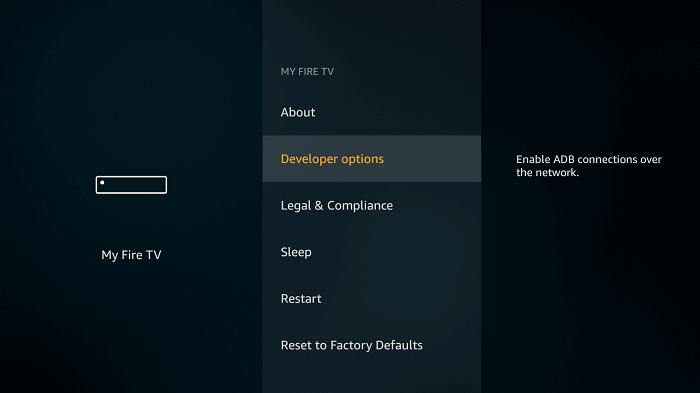 Step 3: Select Apps from Unknown Source and Turn ON or Enable 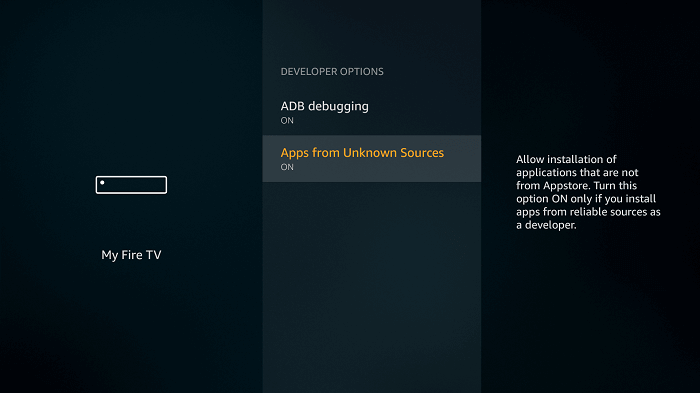 Step 4: Go back to FireStick Home > Then click on the Search icon > Type Downloader 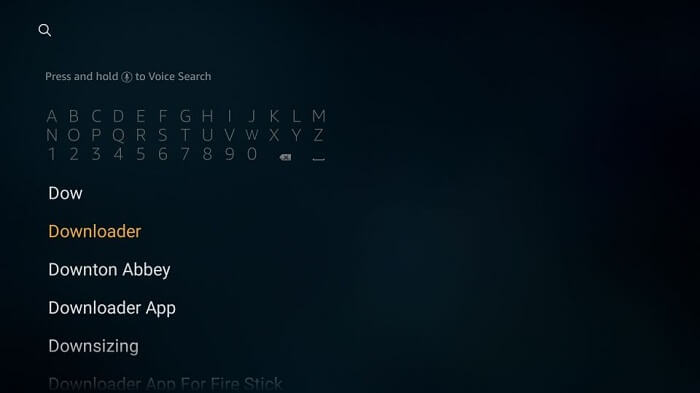 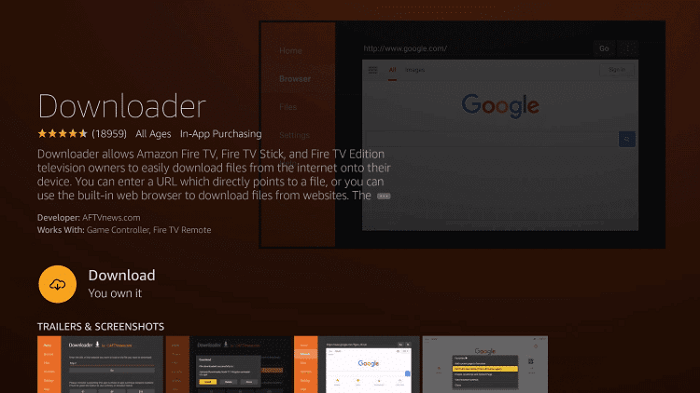 Step 6: Once installed, open the app and type URL bit.ly/ola-fire-tv and click GO 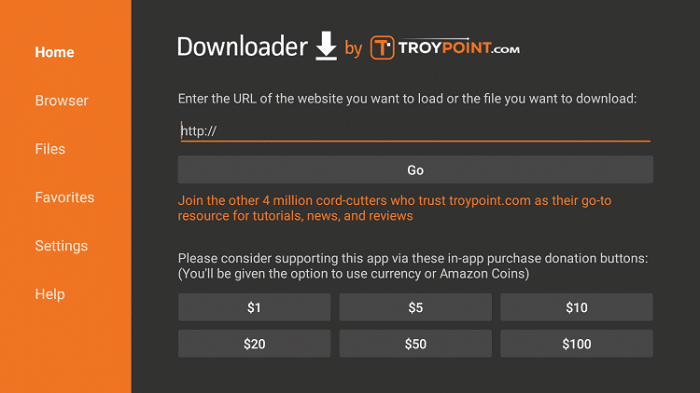 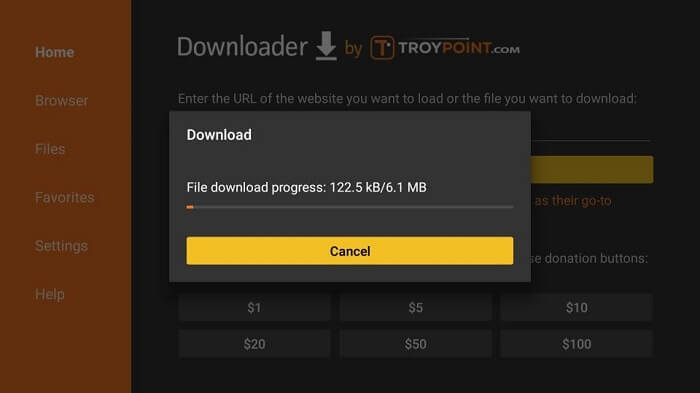 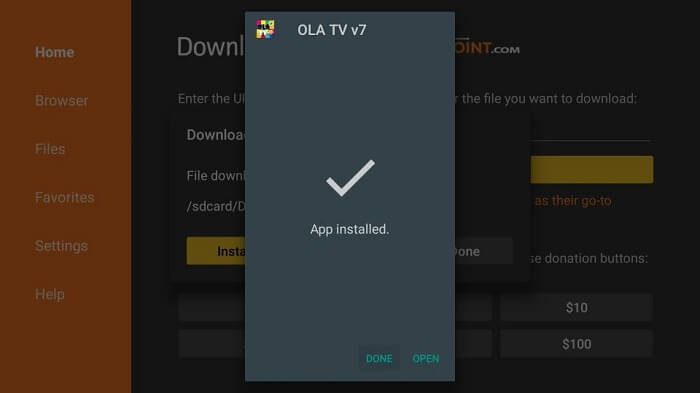 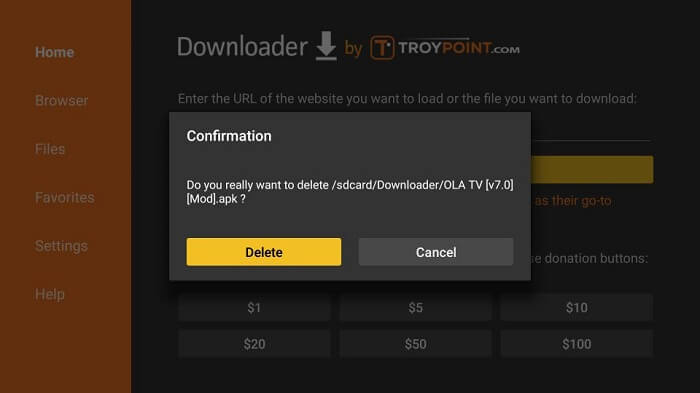 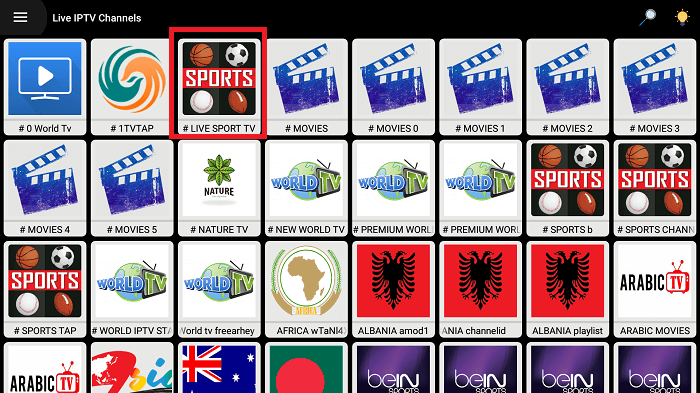 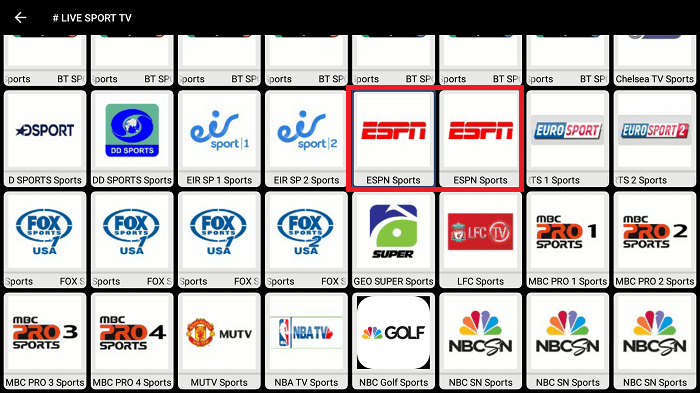 UFC 249 Khabib vs Ferguson will take place on April 18th at the Barclays Center, Brooklyn New York. This is the same venue where Khabib won the vacant UFC Lightweight Championship against Al Iaquinta.

The Barclays Center has a capacity of 19,000 people but that just depends if this fight will be open for fans to attend.

Here are some of the basic statistics for Tony Ferguson vs Khabib fight: 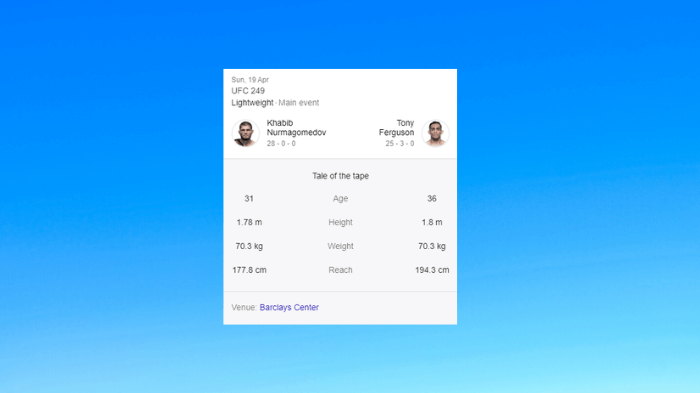 Here is the list of Main Card fights appearing on UFC 249. Of course, there’s a headliner Khabib vs Ferguson, but there’s another great fight. in fact a rematch between Jessica Andrade and ‘Thug’ Rose Namajunas. 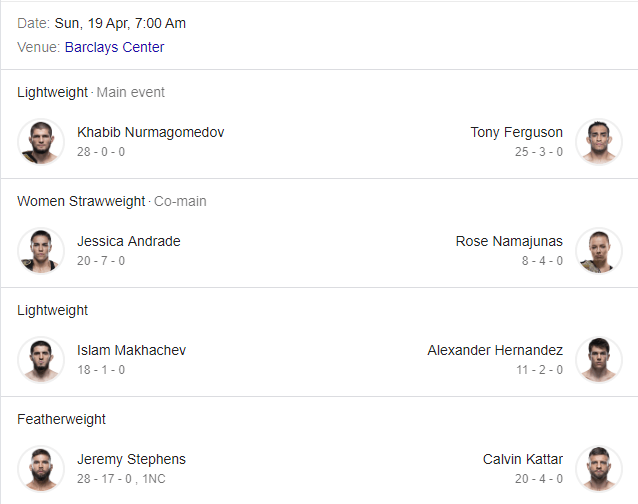 Here are the Prelim fights that will see on UFC 249 card: 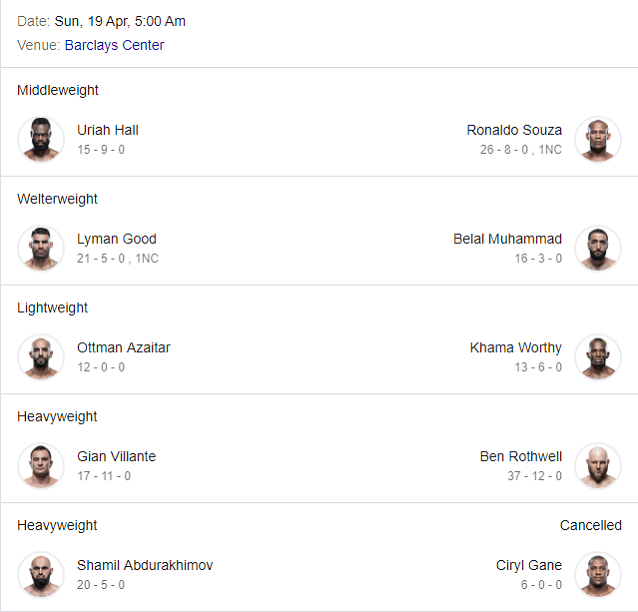 Tony Ferguson is a well-rounded fighter who has 12 fight win streak against some of the killers of the game. He is excellent in the ground as well as in the stand-up game. Having the capability to submit his opponents in the ground is his dangerous weapon which will be effective against Khabib Nurmagomedov.

Khabib, on the other hand, has never been defeated or even controlled in the Octagon. He has only lost a round in his entire MMA career against Conor McGregor. Khabib has a second-to-none ground and pound game. Will he be able to takedown Tony Ferguson and keeps him there? We believe so, indeed.

Many people whom Khabib fought has claimed that Khabib’s technique in the ground game is so unique. His opponents compliment his skills by saying they have never felt anyone so powerful.

We saw that against Anthony Pettis fight when Tony was knocked down by Anthony Pettis and he had to face early adversity. It’s imminent, to say the least, that Tony Ferguson has a weak chin. If Khabib hits him hard he’s going to fall down and Khabib is no Pettis. He’ll finish him with some heavy ground and pound.

So, that is our prediction. Khabib via TKO and that will go down in 2nd round.

Due to Coronavirus, there is a threat that UFC 249 may be shifted to another location or it will be played under closed gates without crowds. There is no official word from the UFC yet, but we believe there will be a shift in the location.

Whatever it may be, the fight will go on with or without crowd on April 18th and this guide will help you watch UFC 249 Khabib vs Ferguson on FireStick device.

You can watch this fight either by paying for its Pay-Per-View or you can watch it for free. I have both methods so whatever that may be feasible to you, watch it with a Surfshark VPN so it keeps your online identity private.

How to Install Disney Plus on FireStick in 2020

How to Install NordVPN on FireStick in 2020

How to watch Netflix on FireStick (2020)

How to Install ExpressVPN on FireStick in 2020

Home is Currently Unavailable on Firestick

This site uses Akismet to reduce spam. Learn how your comment data is processed. 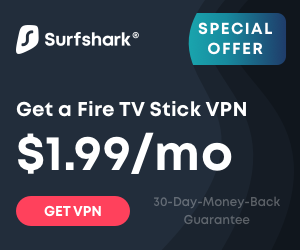